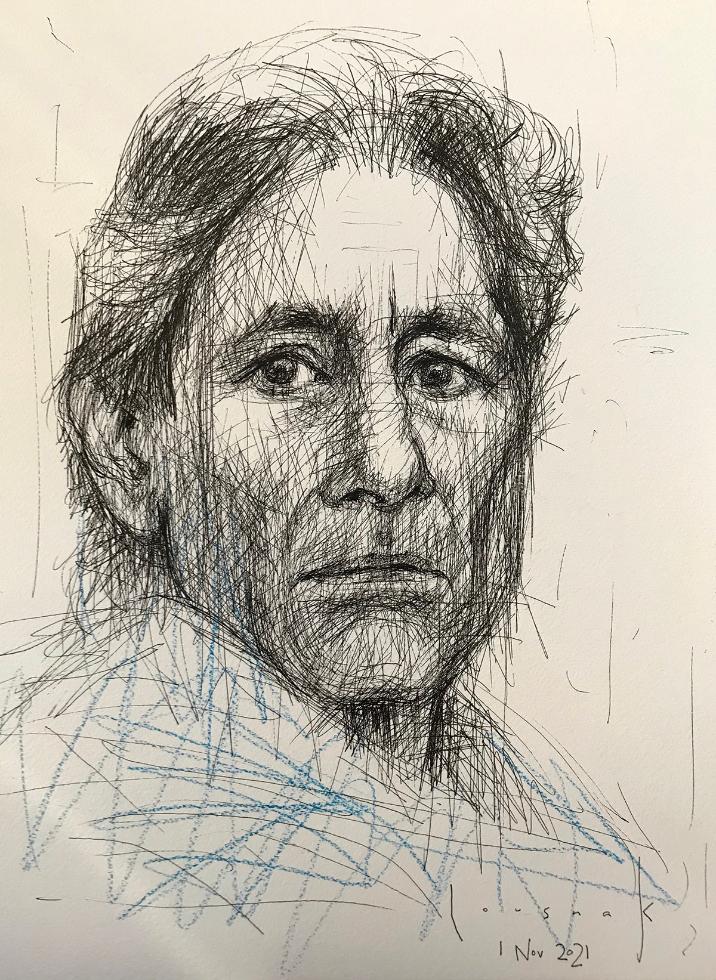 Bio:  Canadian-Armenian multidisciplinary artist, was born in Beirut. When she was eleven years old she fled the Lebanese war with her parents to London then Paris  before settling in Montreal.

At the age of 17, Lousnak already had a job as assistant art director with the monthly Montreal Magazine. It was the beginning of a long career as a graphic designer which led her to sign the albums of Lhasa de Sela, Fredric Gary Comeau, Roger Tabra, Yeszcze Raz and Yves Desrosiers for which she won, in 2003, a Félix at the Gala de L’ADISQ for best CD booklet.

Under the critical eye of the great sculptor Arto Tchakmakdjian, Lousnak developed her talents as a painter and sculptor while attending visual art courses at UQAM. She had several showings of her works in Montreal and New York. Also, Lousnak contributed to many artistic projects with  Armand  Vaillancourt  and co-signed a showing of photographs in Paris with Atom Egoyan. Following that, she was invited to exhibit her photographs in Geneva and then at the filmuseum in Munich.

Lousnak is also an actress. Among other roles, she performed the part of Shoushan, the mother of the painter Arshile Gorky, in Atom Egoyan’s movie Ararat (winner of 5 Genie awards), which takes her to Cannes film festival’s red carpet along with Charles Aznavour, Christopher Plummer, Marie-Josée Croze, David Alpay, and the film producer Robert Lantos.

Of Armenian origin, it is through music that Lousnak is able to express her heritage. A singer-songwriter, her work is influenced by her love for traditional Armenian songs. Her first album “Lousnak” is launched in 2003.

Stage director, she signed the performance of “Forestare” (Alexandre Éthier) at Le Lion d’Or and Outremont Theatre, “Mes mondes flous” Fredric Gary Comeau  at the Quat’Sous theatre, she has also directed her own shows at Le Lion D’or, Frontenac Cultural Center and the Cinquième Salle of la Place des Arts.

A militant for memory, Lousnak chose remembrance as her political and humanitarian focus. At the end of 1990’s she created an event that was eventually called Talk Genocide. A multi-disciplinary event (song, danse, poetry, theatre, etc.) that takes place punctually in April and has the goal of sensibly educating the public about the atrocities past and present through the arts. She is presently in production for a multidisciplinary exhibit.